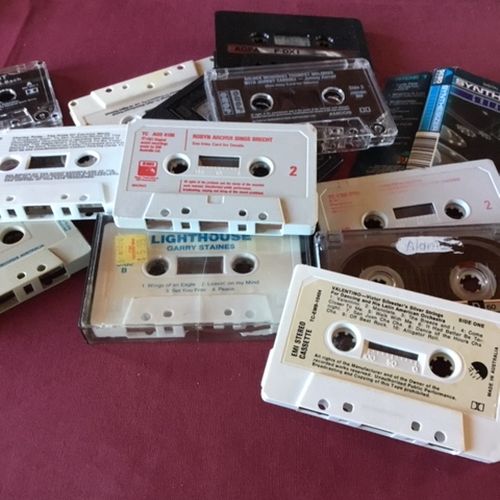 On rubbish – and revenge?

For many years my morning dog walks have also included cleaning up the roadside verges of assorted rubbish carelessly tossed out of car windows by locals or visitors driving around the neighbourhood.

It started one Clean-Up Australia weekend when, unable to attend the official clean-up in town due to working, I decided to take a bag with me while walking our then-dog, and pick up the litter lying along the road. It was quite an education. The bag quickly filled and I returned home for a couple more. Left the dog behind this time and set off again, and again I didn’t have to walk far before the bags were full.

Since that weekend over twenty years ago I try always to have a bag in my jacket pocket and it’s quite depressing how swiftly they are filled – although not as quickly as on that first rubbish-collecting foray. Occasionally there have been a few challenging, and poignant, variations on the typical bottles, cans, chip packets, etc. The other day involved one of those variations, and leaves me pondering the puzzle, and wondering why. There has to be a story there somewhere.

The items in question were cassette tapes and their cases. Lots of them. Mostly in bits. Lots of them, mostly with the tape ripped out, which streamed and shimmered in the morning sun on the road in a tangled mess, so impossible to repair, and certainly impossible to play.

John and I first noticed this trail the day before when we walked Della dog later in the evening when it was cooler. I reckon we picked up around 10 tapes, most of which were ruined. A few were still intact though and potentially still playable. We thought it was odd but it didn’t occur to us there could literally be dozens more. But so it proved.

The next morning my walk took a different route along the same lengthy and semi-rural road where we live, and it wasn’t long before I noticed the cassette trail again. Whoever wanted to destroy these tapes certainly made a good job of it. But the question remained: why? OK so cassettes have largely had their day, but what prompted this decision to so viciously rip them apart and chuck them out like breadcrumbs for what increasingly appeared to be several kilometres along the road, case and all? Why not just dispose of them in the bin back home? Or donate them to a garage sale or charity shop if no longer wanted?

Was this deliberate destruction done in anger? Frustration? Spite? Revenge? The answer to how many cassettes littered the length of the road remains unclear, but I’ve spotted several gracing the verges when driving into town in the days since so the collection was clearly jettisoned over several kilometres.

So what did this presumably valued and much-loved cassette collection include? The answer is a truly eclectic taste in music, ranging from James Last, Richard Clayderman, Robyn Archer, Bach, Rod Stewart, Chris Rea and The Corrs, and includes a number of bands and musicians I’ve never heard of.