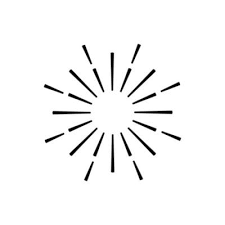 Rejection is all part of the writing game. At least it is if one is prepared to put it out into the public sphere in the hope a publisher or editor is impressed enough to print it, and ideally pay the writer for the privilege. That’s the life of a freelance journalist, jobbing writer, or just a hopeful beginner who’s plucked up sufficient nerve to test their lovingly crafted article, story or poem in the court of public opinion. It’s a truth universally acknowledged that every writer serious about their craft eventually decides to take the plunge, and send off their work in hopeful anticipation it will be read, enjoyed and accepted for publication or a competition prize.

I know I was exceptionally fortunate when I finally took this step. My very first foray into testing my writing against that of other hopeful scribblers was a competition. I didn’t win it. I wasn’t even placed, but I did receive an ‘honourable mention’. It was enough to give me the confidence to keep going. My confidence received another boost when I sent off another piece to a small press publishing opportunity, and it was accepted. There’s nothing quite like the thrill of seeing words you’ve written on the pages of a published magazine, journal, or book. It’s a thrill that doesn’t fade with time or more success. At least it hasn’t done for me.

That’s not to say I’ve not had my fair share of rejections. Like I said, they go with the territory. And despite what anyone says to the contrary, they hurt. It’s hard to get your head around the idea that the rejection isn’t of you personally. It’s just that your article, story, poem or whatever, isn’t the right fit for that particular publication, or publisher at that time. It doesn’t mean you’ve written a load of rubbish or that you’ve suddenly lost the ability to write well. I know the advice is often to rewrite the piece and whizz it off somewhere else, and it’s sensible advice but I confess to not always following it.

The background to this blog entry though is because I have just received, not a rejection as such, but confirmation my entry into the Hardie Grant Spark Prize 2022 didn’t make the shortlist. So the book I’m currently working on, and that’s already many thousands of words long, failed to stack up against those few who made it to the top of the pile. How big was the pile? Who knows. Maybe my entry missed out by a whisker, or maybe it didn’t make it past Round One. I will never know. And that’s fine because I shall just keep working on my magnum opus, and keep in my head the lovely affirmation from my friend Shirley, who encouraged me to enter the Spark Prize in the first place. When I emailed her the news she said, ‘You know you can write and this [result] doesn’t change that one iota’.

So best of luck to the chosen few, and to the eventual winner, but for me it’s onwards and upwards.

Rejection is all part of the writing game. At least it is if one is prepared to put it out…
Click for more details