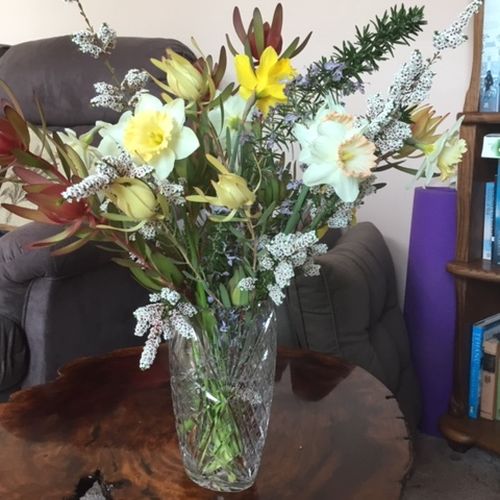 Spring – a time of new life

It’s always a relief when September arrives and we can finally wave winter goodbye for another year. While it’s true the lengthening days don’t always mean a sudden (and welcome) rise in temperatures, the bulbs are a colourful herald of summer, and iris, daffodils, freesias and bluebells are a cheerful sight, as well as a sure sign the garden is waking up. The swallows are back from their winter retreat, flying around, checking out last year’s nests, and building up their strength after their long flight as they prepare to start their families. Lambs and calves in the paddocks are more signs spring has arrived. So are the loud, proud and daily announcements of our chooks after the girls have laid another egg. Some of them go on a bit, as though their achievement is somehow unique, and then there are always the ones that are particularly motherly and simply cannot wait to sit, and hatch some chicks. We have to keep an eye on these free-ranging bantams, and watch where they nest. Chooks are canny, and are past masters at remaining hidden as they sit motionless on their eggs in a trance-like state, seemingly oblivious to everything around them. The dark side to this cycle is that the seasonal pattern is well known to predators, and despite their much lauded vigilance and protective characteristics when it comes to their offspring, sometimes the predators win. More than one hen has vanished without trace over the years, presumably taken while on her nest. Or, as happened this week, when a newish and very protective bantam lost her chick to a rat or feral cat. The murderer then went on to dine on the three tiny eggs the same bantam’s teenage daughter had laid in a nest close by. We can only hope it won’t return for seconds.

On the roadsides there is evidence of other casualties; a flurry of feathers suggesting its plover or magpie parents lost the fight, as well as the bodies of roadkill: hares, rabbits and frogs, usually, but occasionally there is a duck from the Indian Runner flock up the road, or a guinea fowl from the same farm.

Lambs can sometimes fall prey to predators too, and reports of unrestrained packs of neighbourhood dogs are not uncommon in this semi-rural area, but thankfully this hasn’t been an issue so far this year.
So while spring is certainly a harbinger of renewal and new life, like every season it has its darker side, and it can also be a season of untimely death.