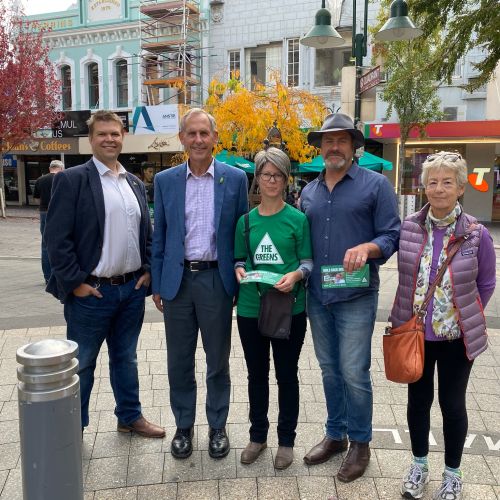 Being a support candidate for this election has been considerably more time-consuming than it was in 2014, and I will now view all those template emails various organisations encourage their members/supporters to send off to all candidates with rather more jaundiced eyes – and considerably more understanding for the recipients of these missives – as well as respect for those who actually bother to reply. Few do in my experience.

For the weeks leading up to 1st May my inbox bulged with these template missives – and they all needed a response. It’s the Greens way after all, but it’s also my natural reaction to reply to those who contact me – unless they’re obvious cranks of course, so these individuals are all receiving a reply but I’ve been advised by more than one person Liberal and Labor candidates are nowhere near as thorough . . .

In the election aftermath I freely admit to extreme disappointment the result isn’t exactly the one many of us hoped it would be, although counting continues and the final tally may not be known for another week. It may also defy the pundits’ predictions. On a personal level though I’m overwhelmed by the number of 1st preference votes I received. In truth, I’m completely gobsmacked, and totally humbled at the idea there are so many people in Bass who felt confident enough in my abilities and/or my character to give me their number one vote.

As indicated earlier, the decision to stand at all on the Greens ticket was down to having my arm twisted a little by our persuasive, surfing senator Peter Whish-Wilson. I agreed only on the condition I was number five on the ticket. This pretty much was the same deal as the last time I stood as a support candidate, back in 2014 to ensure Kim Booth was re-elected. Back then we were dubbed the ‘A’ team – as our first names coincidentally all began with an ‘A’.

In 2014 I received 334 votes, and I thought that was both spectacular and surprising. I could appreciate that a degree of name recognition came into it given the pulp mill campaign was still limping along to its unlamented conclusion. But this time? I continue to hold on to the possibility of a win for Jack Davenport, based on the anxious days of waiting to confirm Kim had made it across the finish line. I so well remember hearing the news Kim had won by around 160 votes in the 2006 election, several days after election day and while on the way home from work, and doing a swift turn around to head back into town and the Greens then-office on Charles Street to join the ecstatic celebrations. And Kim’s laconic comment that he ‘always knew there was a quota in there somewhere!’ Such insouciance!

The peculiarities of Hare Clark means there is unlikely to be a final election result until next week, since preference votes still have to be distributed once the initial count is completed, so there’s reason to hope. My fingers are firmly crossed that Jack will receive enough preference votes from all quarters to see him also fall over the line, so Bass will once again have the Greens state MP we need and deserve.