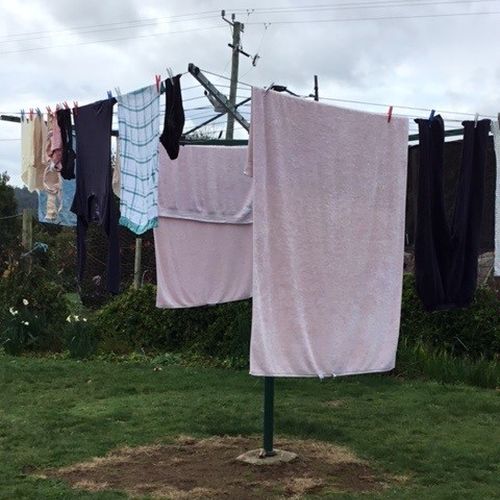 Three – can be a tricky little number

It’s said the cliched (bad) things come in threes and it was certainly the case for us last week. First up was the niggly little roof leak whose source, try though as he has, John’s been unable to find. It’s only a problem when the rain is seriously heavy, and the wind is blowing in a certain direction, and then the result is a puddle on the floor. So many times since we first noticed there was a problem a few years ago, we’ve been sure it’s fixed, and that this time he’s done it, only to learn during the next downpour that disappointingly, not so. Seems like the services of a builder or roofing expert are in order after all if the catastrophe that occurred in 2016, when we were overseas, is not to be repeated.

Although nothing to the experience of many in those terrible weeks when floods were rife across much of the state, it was still a shock to realise evidence of roof leakage. The worst shock was discovering the worst damage had occurred in the cupboard in my office where water had destroyed all the letters from my mother, and many photographs, sent in my first few years of coming to Australia. The box was saturated and all contents had to be chucked. Contents on that top shelf are now covered in plastic, and a bowl to catch any potential drips sits there permanently, although thankfully there has never been a repeat so some of the work John has done to plug the leak has worked. But not all.

The next drama was the final and total collapse of the clothesline. Needless to say it happened just when I had hung out a pile of washing that I’d finally risked doing on a half-decent morning; a pile that had been building up due to the aforementioned rain and so a pile that was hardly insignificant. Handyman John has fixed it previously but we knew its life was finite. Now it’s completely kaput. But my ever-inventive partner rigged up a line in our covered ‘entertainment’ area (really a converted above-ground swimming pool and done way before we bought the property), so at least we have a very serviceable alternative until we’re able to replace the Hills Hoist-type model that enable washed garments to flap about, and whizz around to dry in the fresh air.

Then, and on the same day, the vacuum cleaner packed it in. Again, this fancy model is one we inherited with the property and possibly was on its last legs as well, but the timing for its demise was rather irritating under the circumstances! Fixing it is potentially possible but I’m not holding my breath. Thankfully we still have our old vacuum cleaner as backup but it seems a shopping trip is now in order, and will undoubtedly be expensive. Sigh.